Celebrating 50 years since Caryl Churchill’s short play Abortive was broadcast on BBC Radio 3, we are delighted to transfer the play to the stage alongside rare revivals of one-act plays Seagulls (1978), Three More Sleepless Nights (1980) and Not Not Not Not Not Enough Oxygen (1971).

Best known for major works from the iconic Top Girls to the more recent A Number and Drunk Enough To Say I Love You, Churchill’s work spans the personal and the political, the local and global. For this intimate collection, Abortive is about a married couple reeling in the aftermath of a shocking event; Three More Sleepless Nights is about the arguments that we all know so well, where we speak too much or don’t speak at all; set in a dystopian future, Not Not Not Not Not Enough Oxygen follows a couple as they hide from violence and pollution outside; and in Seagulls, by far the most personal to Churchill, a telekinetic’s loss of power offers a powerful allegory about losing the ability to write.

Uniting all four plays is the razor-sharp, unforgettable writing that has made Caryl Churchill one of this country’s most important playwrights.

Single seat tickets are available to purchase. Contact Box Office on 020 8858 7755 to make this booking.

What the reviews say:

★★★★
“Prescient and daring Caryl Churchill…  [a] compelling showcase of the playwright’s shorter, earlier works”
The Guardian

★★★★★
“An astonishing ensemble of six actors, whose craftsmanship and energy matches the electricity of Churchill’s words”
The Spy in the Stalls

★★★★
“One second you’re shivering at the raw dialogue of a couple… the next you’re giggling at their bourgeois pretensions.”
London City Nights

★★★★
“Greenwich Theatre has certainly returned with a bang; with phenomenal actors, well-thought out and engaging direction, and a production that leaves you both thinking and wanting more, you must get to see this before it closes!”
West End Best Friend

“Worth it? Churchill’s our greatest living playwright and easily our most innovative. She is theatre. What better way to assuage our hunger?”
Fringe Review

“Paul McGann and Kerrie Taylor, among others, shine in Bad Nights and Odd Days”
Ought to Be Clowns

“…a great show, a real feather in the cap for Haddrell and Greenwich Theatre”
Greenwich Visitor 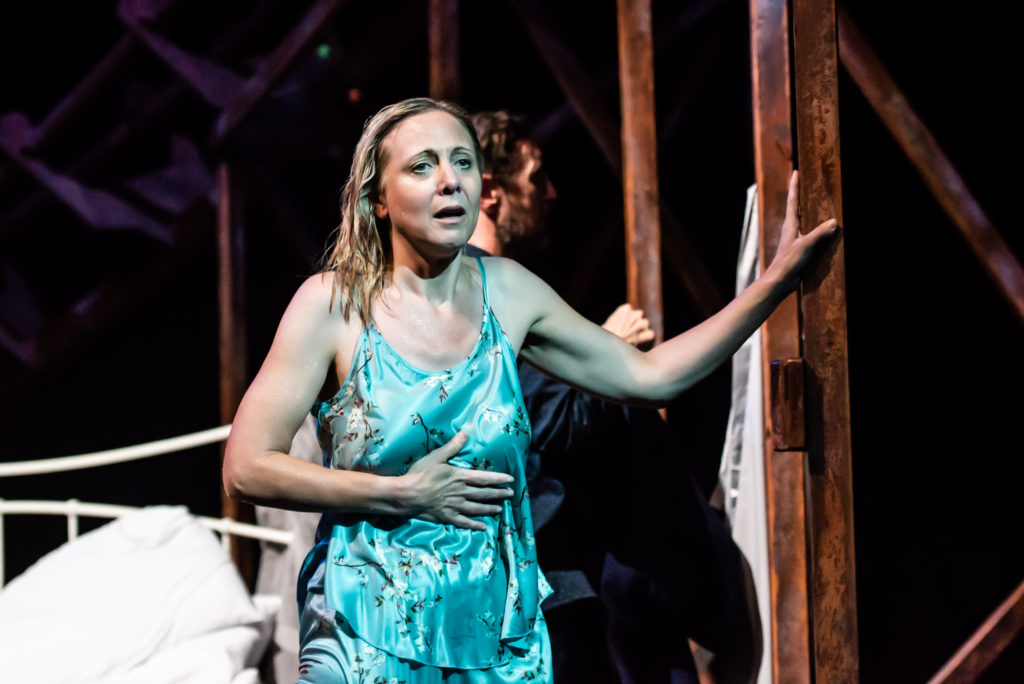