Catch That Beast! is a magical, deliciously silly show exploring how we interact with wild things.

Full of off beat humour, live music, inventive puppetry, and audience participation. Performed by three actor musicians, the audience are given strong visuals for young children, plenty of poo jokes, and skilled three part harmony, making it fun for all the family.

The show is aimed at children ages 5 -11 and their families. Running time: 60 minutes with no interval.

This show is taking place in the garden of The Kings Arms on King William Walk – only 2 minutes from the theatre. We ask audiences to meet us there 10 minutes before showtime!

.
.
The Royal Society of Beastologists are a group with one mission: to track down and capture Mythical Beasts. They’re holding their annual meeting here in hopes of finding the Fearsome Beast of Greenwich. This monstrous creature has been wreaking havoc in these parts for centuries, and it’s about time something should be done about it. They’re hoping all their new members might be able to help them out. Audience members are recruited into helping our performers to catch that beast! But Jessy, the youngest Beastologist, has her doubts about Beast hunting. What if the Beasts don’t want to be found? Why don’t they just do some bird watching instead? When Jessy is left behind on her own at camp, an encounter with the Beast could help her to change the ways of the Beastologists for good! 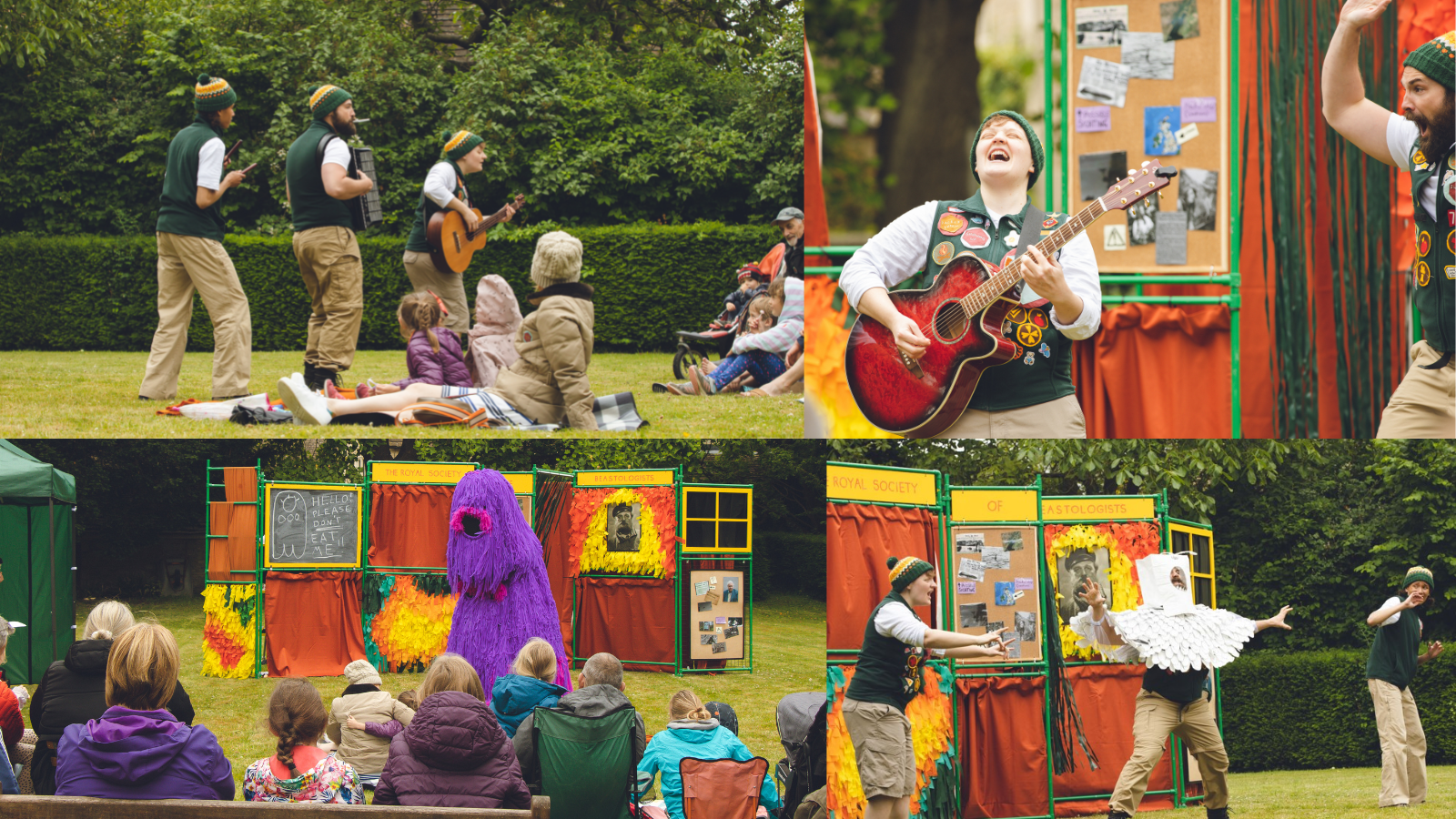