Greenwich Theatre is one of London’s premiere Off-West End theatres, presenting a year-round programme of drama, music theatre, family shows and pantomime. The theatre is one of the country’s leading supporters of young and emerging theatre companies, regularly providing a launch pad for new work which subsequently transfers around the country, into the West End and around the world.

The theatre is also at the forefront of developing and celebrating some of the UK’s finest family theatre and produces the annual Greenwich Children’s Theatre Festival and one of the country’s most acclaimed traditional pantomimes. 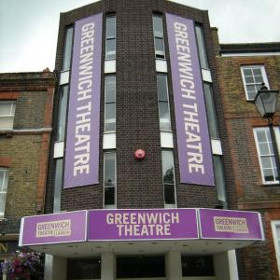 In her Guardian column, Lyn Gardner wrote “The artists of tomorrow are not made through funding an elite, but by funding at the bottom of the pyramid… We need to work at the roots. If we don’t, we will end up with the top of the pyramid and nothing beneath.”

At Greenwich Theatre we work to support just that – the grass roots of new theatre creation. Companies like Filament (“the future of new British musical theatre writing” whatsonstage) and Idle Motion (“a brilliant emerging company” The Guardian) are supported in their development as companies, as producers, as theatre makers through their working relationship with us.

Some companies use Greenwich Theatre as a home, using the office, rehearsal space, performance space; some companies use us as an artistic sounding board and an outside eye in rehearsal; some use us as an industry mentor, taking guidance on everything from prop-buying to touring strategy. All are enhanced by their relationship with Greenwich Theatre.

That ethos runs throughout our work, whether it means casting exceptional graduate performers in our Christmas show, creating showcase moments for young companies as part of the Greenwich Children’s Theatre Festival, co-producing with emerging companies to enable them to tour, or ensuring that the seasonal programme here at Greenwich Theatre features a number of high profile performances by emerging companies.

Theatre for young audiences is a huge part of our work at Greenwich Theatre. In 2008 with support from Royal Greenwich and the Docklands Light Railway we launched the Greenwich Children’s Theatre Festival with 10 performances across 2 venues. In 2014 the festival included more than 70 performances and participatory activities across 8 venues and open spaces.

With up to twenty companies currently working with us as an associate, supported or developing companies, many are working to create a new theatre for young audiences and our annual programme on stage includes a high-percentage of family work. We have also developed a pop-up performance space which exclusively hosts performance for young children. In all work for children, we are committed to adhering to the national Family Arts Standards.

Greenwich Theatre is one of London finest off-West End theatres, but the company is far more than the building. Our belief in pursuing excellence in theatre and supporting emerging work transcends the bricks and mortar of our building, so whether we are offering mentoring support to a new company, creating a new piece of theatre on a boat or curating a borough-wide festival, our ethos is the same. This has now developed further with the launch of Greenwich Theatre On Tour, a programme of work which has seen us work with emerging companies to co-produce theatre at a range of national and international venues, with performances in London, Brighton, Edinburgh, Dublin, Madrid and New York in the last two years.

The history of Greenwich Theatre is firmly anchored in the traditions of English live entertainment beginning just over 150 years ago when John Green established the Rose and Crown Music Hall on our modern day Crooms Hill site. In 1871 new owner Charles Crowder refurbished the venue and re-opened it as Crowders Music Hall. Despite prosecution the following year for the unlawful performance of stage plays’, resulting in a fine of one shilling, Crowder continued to offer a rich mixture of burlesque, concert and ballet acts every evening. The following years saw more rapid change, with the Theatre becoming known as the Temple of Varieties, then the Royal Borough of Varieties, before being rebuilt to the designs of John George Buckle and dubbed the Parthenon Theatre of Varieties. Buckle’s Nevada Street façade can still be seen today, now located at the side of the Theatre.

In about 1902 Samuel and Daniel Barnard took over, relocating the entrance to Crooms Hill, and following further management changes the Theatre became the Greenwich Hippodrome Picture Palace showing a mixed bill of film and live performance.

When the Theatre lost its license for live performance in 1924 it restricted its operation to screening films, but the next major change came during the Second World War when an incendiary bomb crashed through the roof into the auditorium. From this point, the Theatre was closed and remained empty. 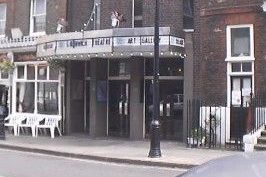 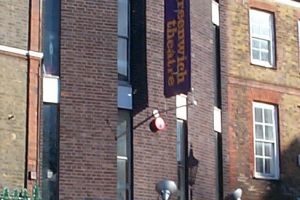 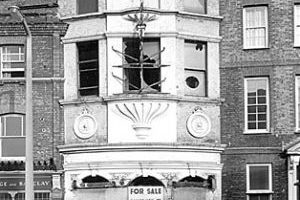 Greenwich Council bought the site for demolition in 1962 but agreed to support the idea of a new theatre if there was enough local enthusiasm to justify it. Ewan Hooper, a local actor and director, accepted the challenge of rallying support. Local councils, the Arts Council and the GLC were all generous in their contributions, but it is notable that half the cost of the new theatre came from local individuals and businesses.

On 21st October 1969 the theatre re-opened with Martin Luther King, a new piece of musical theatre written by Ewan Hooper. Over the next 28 years, Greenwich Theatre produced a body of work of astonishing quality and variety under the artistic directorship first of Ewan Hooper and subsequently of Alan Strachan, Sue Dunderdale and Matthew Francis.

After a period of closure in the late 90s, Greenwich Theatre reopened in 1999 under new director Hilary Strong.

A New Millennium and a New Start

The modern era saw a return to producing with Clive Rowe starring in Paul Ryan and Peter Readman’s Sadly Solo Joe, a new musical which subsequently transferred to the International Festival of Musical Theatre in Cardiff. In summer 2003, to great acclaim, we revived Golden Boy, an American musical not seen in London since Sammy Davis Jnr played the starring role at the London Palladium in 1969, and in 2005 we presented the world premiere of Arnold Wesker’s Longitude.

In 2007 James Haddrell became director of the theatre, reimagining the theatre as you see it today. The theatre’s work with young and emerging artists has grown rapidly and the company now runs a hugely oversubscribed artist development programme, supporting young or new companies as they grow and evolve. The theatre also presents the annual Greenwich Children’s Theatre Festival every Easter, and embarked on an annual summer show tradition with an outdoor show which was awarded a London 2012 Inspire Mark.

The company’s in-house producing has also increased dramatically. A partnership with new film company Stage on Screen led to the production of four classic dramas – Doctor Faustus, The School For Scandal, The Duchess of Malfi and Volpone – all of which are now selling internationally on DVD. Recent producing highlights include a rare revival of Michael Frayn’s philosophical comedy Here and the European premiere of Tracey Power’s adaptation of The Jungle Book.

The theatre also co-produces with a host of its supported or associate companies – with recent highlights including the UK and US performances of The Secret Life Of Humans (with New Diorama Theatre), the UK tour of The City And Iris (with GlassEye Theatre), the five-star festival hit Under My Thumb (with CultureClash Theatre), the London and Birmingham community centre tour of gambling thriller Skin In The Game (with JIH productions) and the West End transfer of One Jewish Boy (with Scene Change Productions).

In 2017 with support from a private donor and a subsequent grant from the Theatres’ Trust, the theatre opened a second performance space – a 60 seat studio dedicated to the work of emerging artists. The studio opened with an in-house production of Gazing At A Distant Star by emerging playwright Siân Rowland. The production sold out its premiere run and was shortlisted for a REACH northern touring initiative. The theatre has enjoyed many awards throughout its life and in 2019, it won the Off-West End Award for Best Pantomime for its special 50thAnniversary panto, Sleeping Beauty.

In 2020 the theatre responded to the COVID-19 lockdown with Greenwich Connects, a pioneering programme of online performance, artist development and engagement.

God Bless The Child – An Evening with Billie Holiday – POSTPONED

Suitcase Under the Stairs – Stream

Suitcase Under the Stairs – Online

The Wolves of Willoughby Chase – Stream

Roald Dahl and the Imagination Seekers

David Harper’s – A Romp With The Georgians

We currently have no vacancies available. Check back at a later date or follow our social media for any updates.