“I laughed out loud a number of times on first reading”. Actor Dan Gaisford Explains His Relish of Michael Frayn Play, Alarms & Excursions

Alarms & Excursions returns for another leg, from Wednesday 9th March. Originally written by Michael Frayn, this version from Greenwich Theatre is directed by Artistic Director James Haddrell. The premise of Alarms & Excursions is this;

Four old friends sit down for a quiet evening together. But they are harassed by various bells, sirens, buzzers, warbles, beepers and cheepers, all trying to warn them of something. What are these electronic voices so urgently trying to tell them? Can they understand the mysterious messages before disaster strikes? It’s a race against time — because there are seven more plays and twenty more characters still to come before the evening is through, plus a lot more strange noises — and increasingly desperate calls from eleven separate pay-phones. 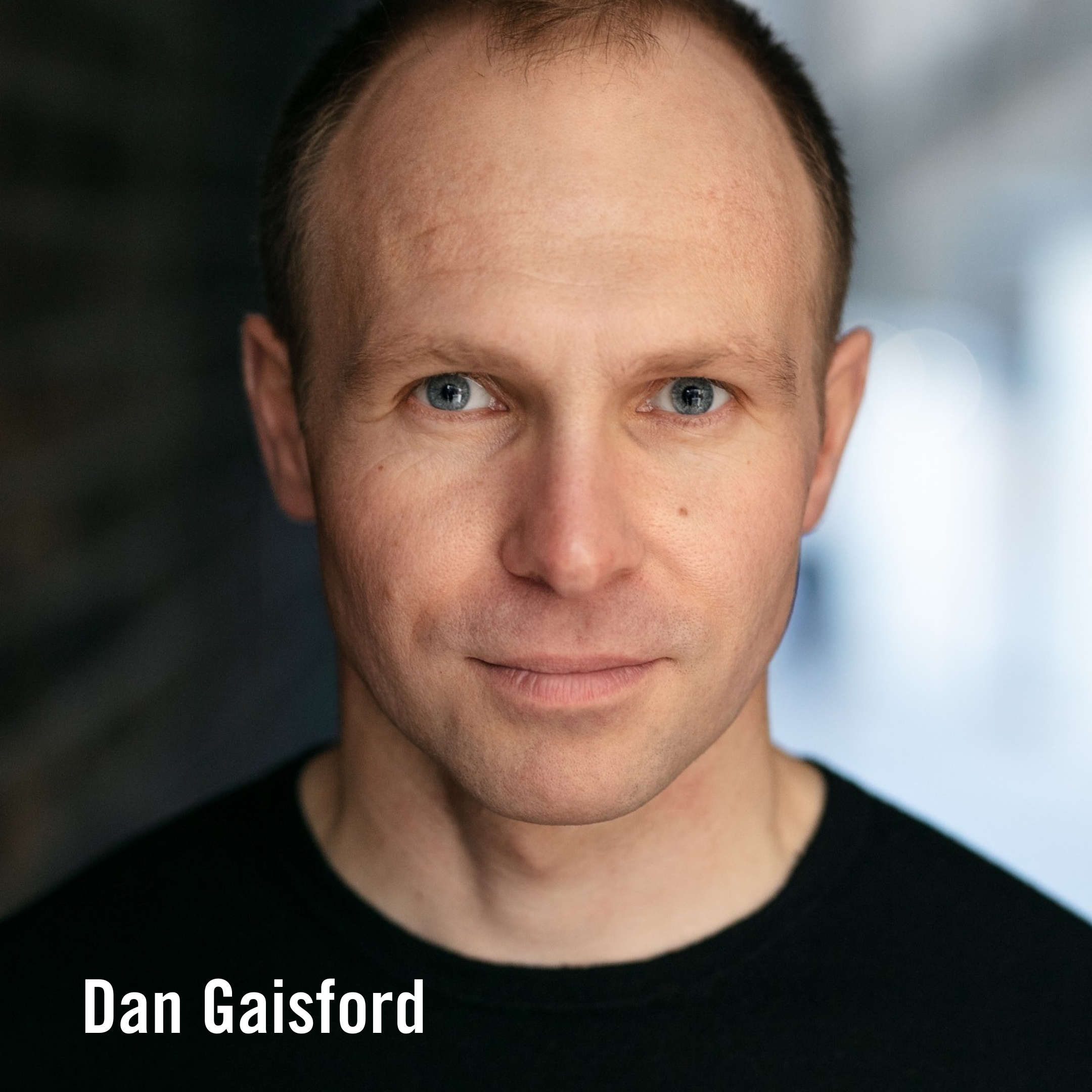 “Well, if we’re talking microchips, zeros and ones, etcetera, etcetera, then I don’t know how any of it actually works. It either does work, or it doesn’t; that’s pretty much the extent of my understanding of ‘technology’. Come to think of it, I’m not even all that sure what the term means,” said Dan Gaisford.

“I am aware I’m completely wrapped up in the technological world; and like most of us I’m sure, I struggle now to imagine a day in which technology doesn’t play a significant part. I confess I’m slightly predisposed to be a little mistrustful of the reach of technology, and our dependence on it, but I suppose that mistrust comes in large part from much of it seeming more like magic to me than logic. I’m the sort of person who gets on a flight and worries if the passengers appear complacent about the inevitable successful functioning of the plane; if they’re causing a commotion rather than contributing their full attention to the pilot and the cabin crew’s efforts to get us airborne I fear the worst – as though it is an act of collective will that really keeps the thing in the air. It’s a superstitious thought that keeps coming back to me each night we perform one particular piece in Alarms and Excursions too (if you’ve seen it, you’ll know)! All that said, I’m not a complete luddite. I enjoy the benefits of internet shopping, smart phones and streaming services just like anyone else. It seems to have made us all feel about a thousand times busier than we were before, but at least we can now moan about it to our friends over a text.”

We asked Dan what attracted him to the Michael Frayn play, he explained; 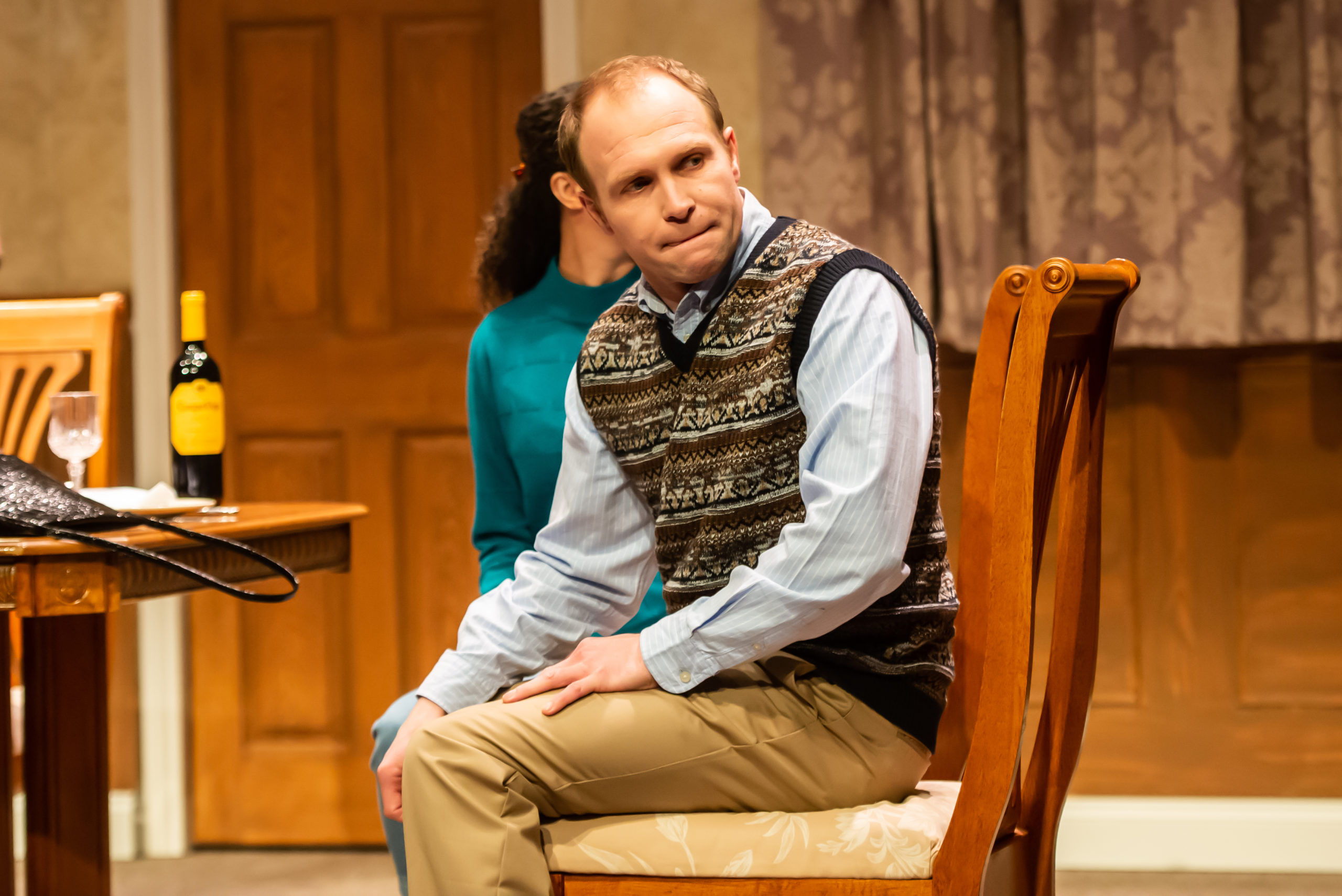 “I’d be lying if I said the words ‘Michael’ and ‘Frayn’ didn’t have something to do with it. I didn’t know Alarms and Excursions before the job came up, but the quality of the writing was always assured under that name. Of course, once I read the thing I was completely hooked; I laughed out loud a number of times on first reading. The dialogue is wonderfully funny, but it is also a very visual piece too, and I personally relished some of the physical comedy it contains. While I’ve performed in a number of comedy pieces before, it seems to be something I get to do more often on screen than onstage, and so a comedy, in front of a live audience was something that particularly appealed to me. There is also, in each of the pieces that make up Alarms and Excursions, something uniquely British about the way the characters attempt to navigate the problems they face. In the best tradition of the comedy of the last fifty years, the familiarity of the scenarios makes for painfully funny recognition. The laughs are always bigger when we laugh at ourselves.”

So what does Dan believe are the messages contined in Alarms & Excursons? 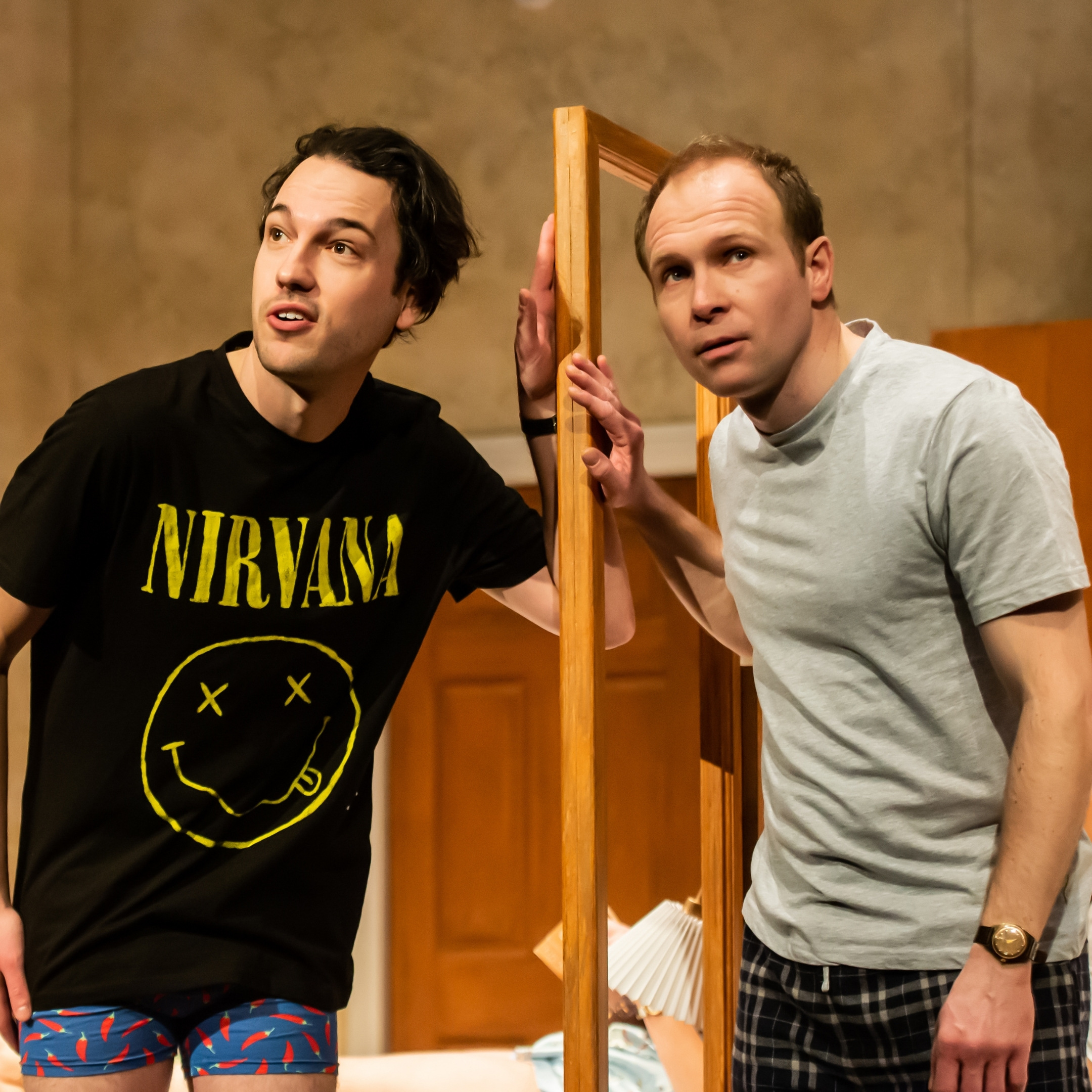 “There is, undoubtedly, a warning here regarding our over-reliance on technology; or to be more specific, our misguided belief that our relationship with technology can be a purely harmonious one. In other words: ‘It might work…but don’t hold your breath’. Beyond that, however, and as with a lot of the comedy I grew up watching, there is a lampooning of the pompous and self-important (which never tires), and a looming sense that anyone who claims they know how something will turn out is likely to be proved wrong in spectacular fashion: ‘Pride comes before a fall’ I suppose… I don’t think there is any overly-serious message here (it is a comedy after all), but I’m always happy when those who are disposed to pretentiousness get their comeuppance. A useful reminder to us all not to take ourselves too seriously.”

The theatre industry is finding new feet as it tries to establish some sense of normality whilst navigating what appears to the the tail end of a pandemic. The industry is still full of people yearning for a career and we like to be one of the establishments at the forefront of providing opportunity for people to take root in their careers.

Dan had some extensive advice to burgeoning talent in three main tips as follows:

“I watched a speech the other day (on my phone, of course) by the comedian and actor Tim Minchin. His advice to graduates was to forget about having ‘a dream’ and instead concentrate on short term goals. I think that’s good advice to actors. If you’ve got your sights set on stardom you’re pretty much doomed from the outset. It’s not an achievable aim, and in reality it’s nothing to do with acting. Thinking like that won’t make you a better actor, and certainly won’t make you more employable. If you instead focus on the work you’re actually involved in, doing your best to make the most of that; or, if you’re not in work – as the vast majority of actors will be most of the time – look to improve on specific areas of your craft (collecting new showreel footage, or seeking out projects to collaborate in, for example). These are more measurable, and don’t involve self-delusion on your part. I think there’s still far too much made of the rags to riches story in this profession, and it simply doesn’t play out in the vast majority of cases. Ignore this kind of thing and think about what you can actually do to make yourself a more attractive prospect as an actor, one step at a time.” 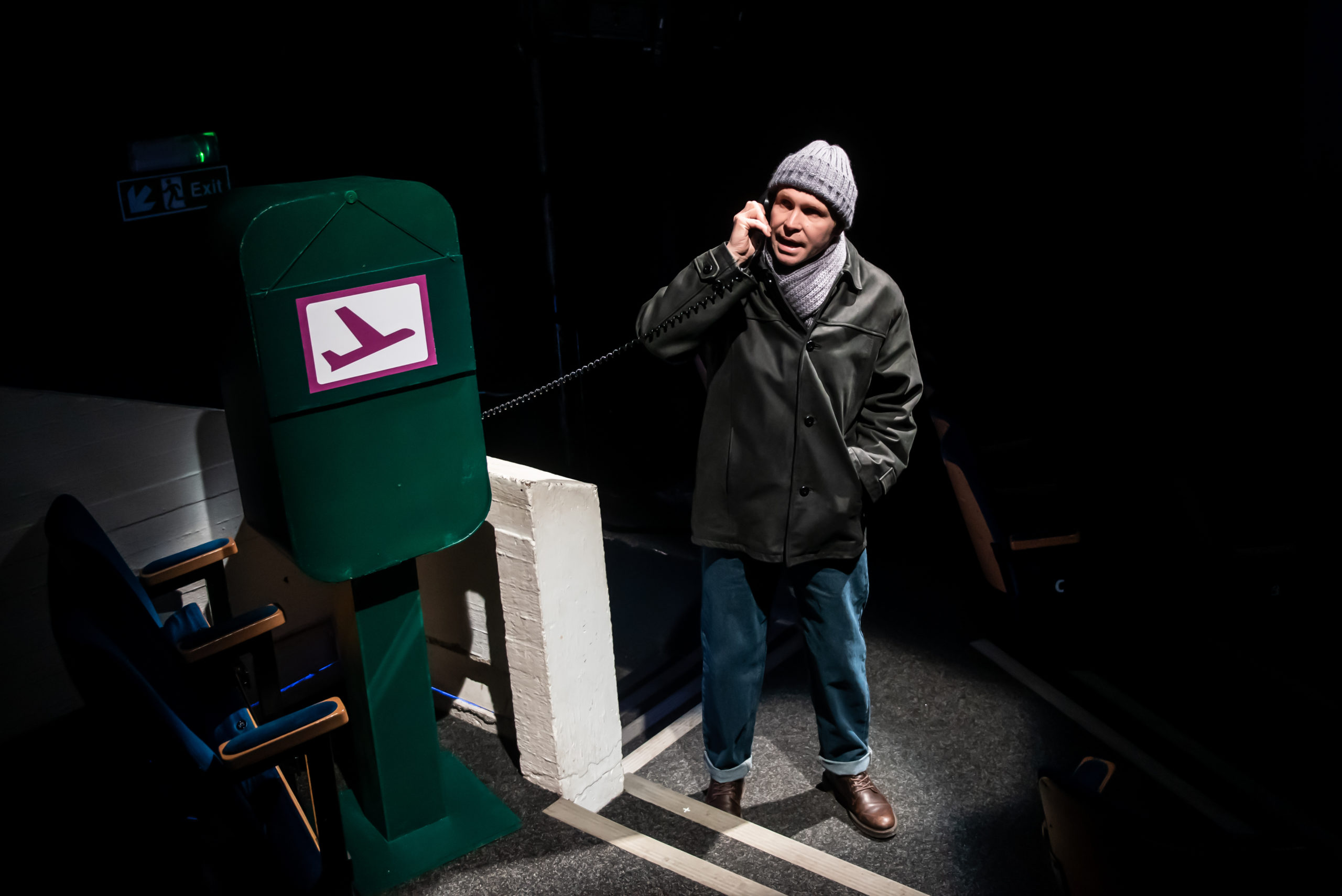 “Listen. Always listen. In everything you do. To everything. It’ll make you a better actor, and a better company member. Whether it’s onstage in character, or offstage during notes. Listen to what other characters say about you. Listen to what other actors need from you. Be present. Don’t let yourself become distracted. Don’t be a self-conscious listener. Just listen. And if you ever find yourself wondering if you’re listening enough, then the answer is almost certainly ‘no, you’re not listening enough’! ”

“Never forget that the business of putting on a play, or making a film is a collaborative effort. An actor is simply one element of the team. Understanding how you can best play your part in making the thing the best it can be is something you should try to learn as quickly as possible. Not only should you be contributing in terms of being a good actor (showing up on time, knowing your lines, doing your preparation), but you can also contribute by knowing what you can do to help other people do their job to the best of their ability. Someone focusing lights doesn’t need to hear your best Hamlet, they just need you to stand still for a moment. Sometimes contributing means just shutting up and staying out of the way. At other times it means letting others know if there is something you need to be able to do the best job you can. But pick your battles; you will almost certainly have to compromise at some point, so go into every situation expecting that. The whole is greater than the sum of its parts. Enjoy contributing to it. Have fun. Make friends. ”