Shake The City Finds its Voice in Greenwich

It’s 1970s inner city Leeds, West Yorkshire. Harehills has a Caribbean community, some of whom would go on to form what would come to be known as the Windrush Generation. Their influx to this and other Northern areas, may go some way to explain the Northern Soul music genre as the diversity of Harehills’ communities rubbed off on each other. For generations, Harehills has seen waves of migration, with differing people moving there from far-flung countries such as Greece, Lithuania, the aforementioned Caribbean nations, Pakistan and Bangladesh.

About fifty years prior, a textile factory was built where, as it and peripheral businesses grew, tens of thousands of people were employed – mostly women. Women’s rights and equality were far removed from what we’re familiar with now. It wasn’t until the mid-1970s that women could own their own homes outright. Further still, women couldn’t open their own bank accounts until 1975. It’s against this backdrop that women workers faced unequal treatment by the factories and unionisation that was primarily male. It’s around this time that the male-led unions accepted low wage rises, which discriminated against women and as a result, the women decided that enough was enough and they organised a mementos strike against authorities that saw fit to mistreat them. 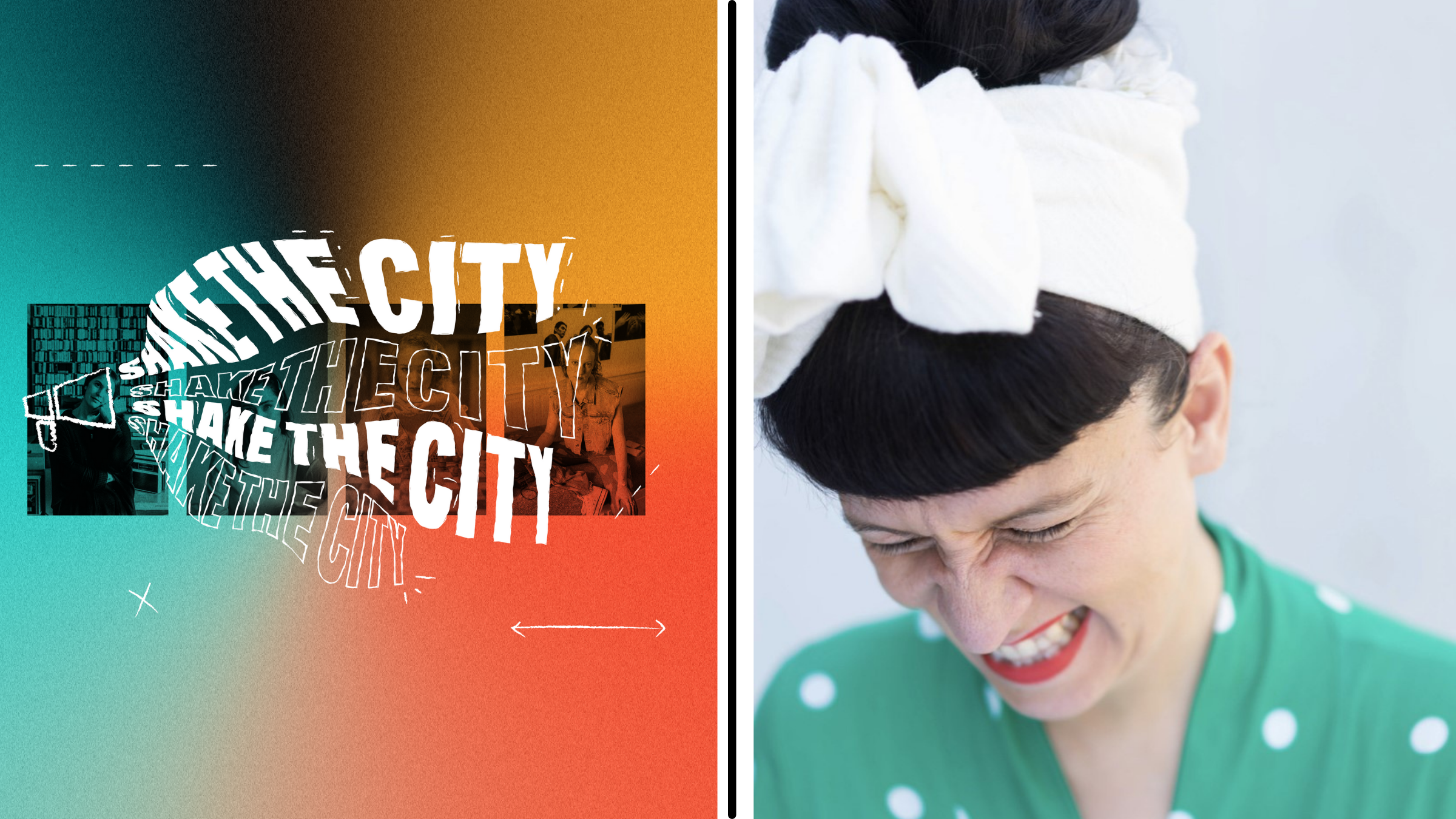 Enter Shake The City (albeit 50-plus years later!), a play that charts these tumultuous times through the women who dared to organise and strike. ‘Lori’, ‘Wendy’, ‘Margaret’ and ‘Heather’ create their own women’s liberation meetings in their fight for equal pay and it’s their almost forgotten voices that are amplified as they cement friendships, grow empowerment and secure equality. This powerful story, told through Shake The City, visits Greenwich Theatre from 26th April.

Rachel Halliwell is a co-producer on Shake The City and we spoke to her about her involvement in it. Halliwell told us about what interested her in this story and explained its core messages.

“It’s a story that’s screaming to be told and hasn’t been. This female-led piece of equality history has largely been ignored and embarrassingly, I had never even heard of the strike. I feel its core message is about finding your voice, the complexity of female relationships and taking a stand for what you believe in, no matter the consequences.”

Rachel explains further her involvement in the production:

“I had worked with Millie (Gaston, writer and co-producer) on the research and development period at Slung Low in Leeds; the Arts Council supported this and I had a brilliant time. At that stage, I was an actor within the company and loved collaborating on the characters; working through the story development and supporting Millie’s vision. When we met again to discuss the next stages of the project, it felt like a clear light bulb moment to step up and offer my services as a producer on the show too.”

Of her background in theatre Rachel explains that she’d,

“…been a Theatre maker for the last 20+ years since graduating as an actor from Rose Bruford when it used to have a site at Creek Road (Deptford, south east London). I have brilliant memories of living in glorious Greenwich. I realised fairly quickly that I wasn’t built to just hang around waiting for the phone to ring and needed to make my own work. This started with my solo shows Deirdre & Me and Project Juno. Over the last few years, I have been co-producing mid-scale community work with Harrogate Theatre, my hometown, where I’m an Associate Artist. It’s been a natural progression to start working with fantastic talent, especially Northern Womxn to support and produce their exceptional stories.”

The Shake The City production was due to be programmed as part of the impressive Vault Festival, but in early January 2022 came a devastating blow as the Festival announced its cancellation due in part, to the ongoing challenges of the pandemic. It was very encouraging to see so many theatres offer opportunities and support for the 600-plus stranded productions. We at Greenwich Theatre were honoured to offer ours too and Shake The City and Harry Wright’s Smalltown Boy will visit in the Spring

“…it would have been a cracking opportunity to be part of a New Writing festival in London and a fantastic chance to showcase an original Northern play with a Northern cast and creative team…” said Rachel about Shake The City being in Vault Festival.

“Greenwich Theatre and Leeds Playhouse’s support have saved the production – it’s as simple as that.” 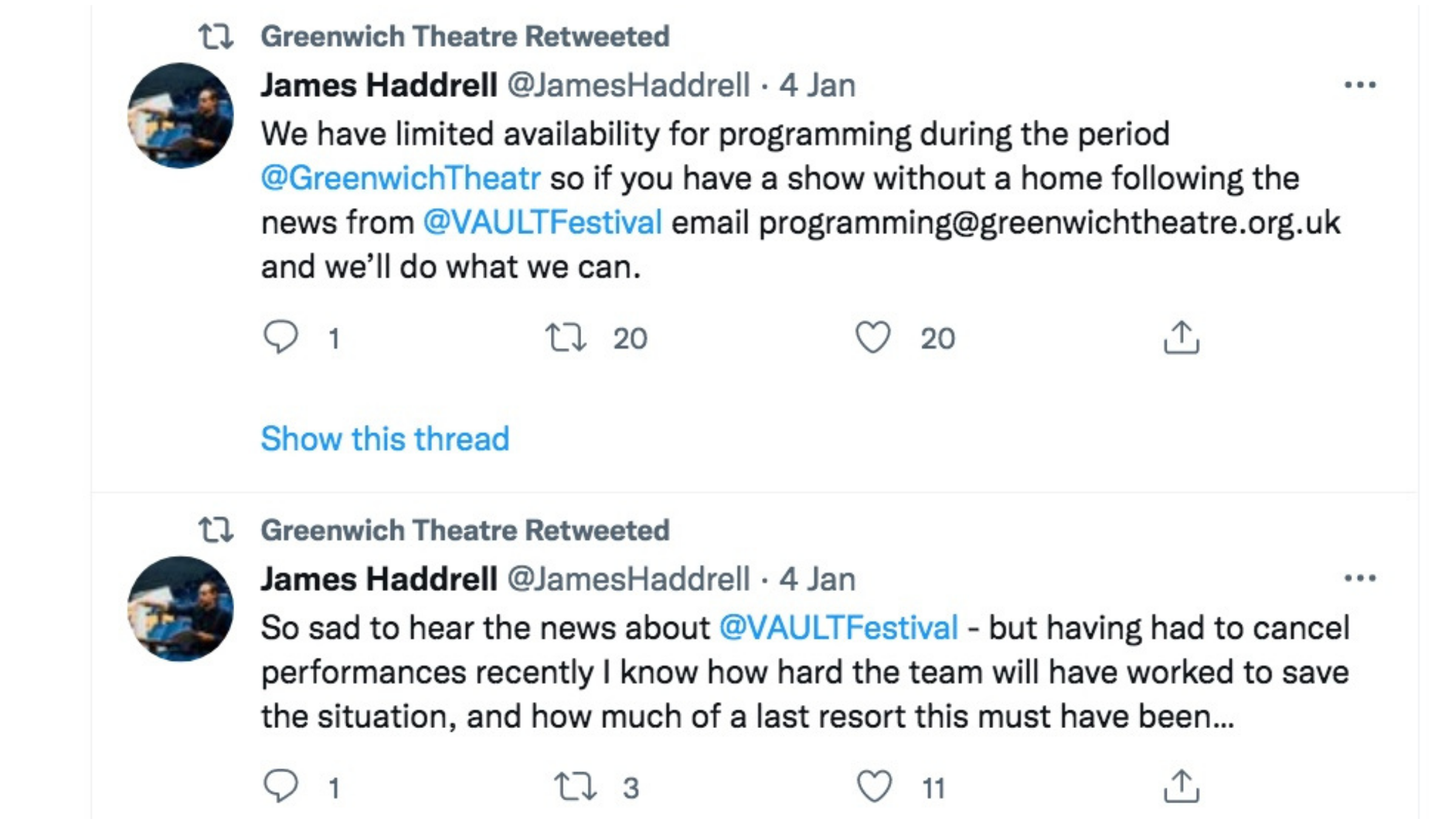 She went on to explain what it means to secure support from Greenwich; “…This has meant our team of 14 will all be paid and have the chance to showcase their talents. I’m so impressed and proud of the theatre community who have stepped up and re-homed so many Vaults Productions. It is a clear mission statement – to support new writing and theatre makers of all ages. We cannot thank James (Haddrell, Greenwich Theatre’s Artistic Director) and the team at Greenwich enough and we cannot wait to bring the show to you.”

Further down south from Harehills is Essex, specifically Dagenham where in 1968, the mighty Ford car manufacturer saw dissent amongst its own ranks. The mainly women sewing machinists who made car seat covers went on strike over unequal pay and it’s from this eventful action that the film Made In Dagenham (2010) was inspired. How do you persuade audiences not to compare Shake The City to Made In Dagenham? Rachel makes clear that there’s no need to.

“ I don’t think we need to – it’s not a North vs South debate- they are both centred on equality from a female perspective and arguably, if you liked Made in Dagenham then Shake The City is going to be right up your ginnel or to translate, right up your alley! Also there’s going to be a belting Northern Soul soundtrack too, what more could you want!” Rachel said.

Shake The City comes to Greenwich in April, but anticipation is building for this production so don’t delay in getting tickets to see an important voice in theatre. Tickets on sale here.