Theatre For Young People Should Be Told With clarity and Innovation 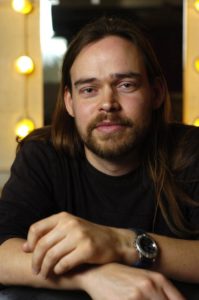 This week I was invited to teach a couple of day-long sessions for the drama department at the University of Greenwich.

This is something I love doing – I’ve run sessions for Greenwich before, and earlier this year I was back in a live rehearsal  room long before most directors when I worked with a company of graduating actors to put on a show at St Mary’s University in Twickenham.

This week the invitation was quite specific – to teach two days on Theatre for Young Audiences – which made me think again about an area of my work that means a lot to me.

At Greenwich Theatre, we have been committed to presenting high quality theatre for children and families for a long time.

In 2008 we launched the annual Greenwich Children’s Theatre Festival (forced to move online in 2021 but back on stage in 2022), our pantomime picked up the Offie Award for Best Panto in 2019 and we came back from the pandemic with a new summer repertory season for families, with productions of The Wolves of Willoughby Chase and Pinocchio played on alternate days by the same cast.

We are clearly far from the only company in London championing family work.

The Unicorn Theatre at London Bridge is considered to be the largest theatre dedicated to children’s work in the UK, and their return from the pandemic continues with When This Is Over (October 27-30), a collaboration with Company Three scheduled for the end of the month. Created on Zoom and in socially distanced workshops throughout the pandemic, the show captures the extraordinary, funny and surprising moments that can change our lives forever and is staged on a set made from repurposed scenery from other shows.

Then the venue presents two festive shows – The Bolds by Julian Clary (from November 14) about a family of hyenas living in an ordinary street while trying to maintain their disguises, and Scrunch (from November 26), a sensory show for those up to 18 months.

Over in Limehouse, Half Moon Theatre gives children and young people the chance to experience the best in young people’s theatre, both as a participant and as an audience member. Highlights in their packed autumn season include Beastly Belle (October 30), a new twist on an old tale brought to the venue by Norwich Puppet Theatre, and Meet Me A Tree (November 6), an interactive opera for ages up to two years which was originally developed with our support in Greenwich.

Just down the road from us in Greenwich, Theatre Centre (based at the Albany in Deptford) continues to tour excellent productions to venues and schools and, offered online in response to the pandemic, over 50,000 students have now seen their production of brand-new show Birds and Bees, tailor-made and filmed for secondary school students.

If anything, when making theatre for younger people you can expect to be held to account much more keenly than when presenting work to other audiences. As adults we have all been taught to be respectful, to sit quietly and applaud at the end, whatever we think of the show we are watching. Children are much more likely to make their views known – and I love that. If there’s one thing I’ll be teaching the students at Greenwich University, as they consider making theatre for young audiences, it’s to listen to the responses they get. They’ll never find a more honest collection of critics.

Read more from James in the South London News here

Book tickets for our pantomime, The Queen Of Hearts here